What a beautiful Sunday at the Mines Resort & Golf Club for a wonderful experience witnessing a world class PGA tournament.
These professional players are really good, getting a regulation on the green is not a problem but the greens at Mines were a bit tricky, even the pro misses short putts not to talk about ourselves. 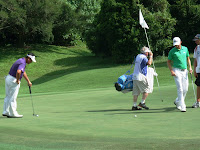 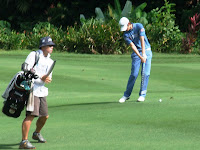 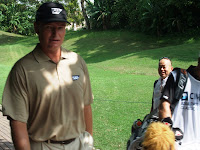 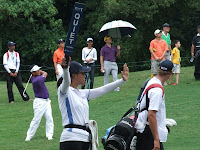 Who else was here? Oh it's Ernie Els and KJ Choi on a second shot to the green. 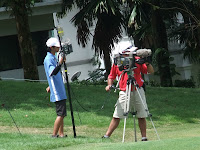 Cameras were every where, the professionals & the amateurs. 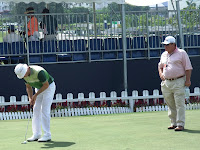 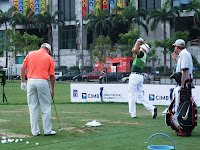 American Ben Crane was seen practicing before his time to tee off. Carl Petterson did the same. 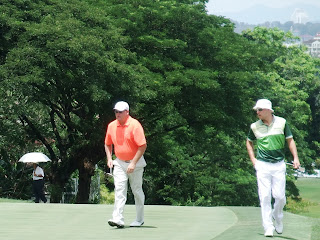 And both of them were leaders playing the last flight and by end of the day... will Crane maintain his form and be a winner.

While Ronald enjoying the beautiful day at the Mines. 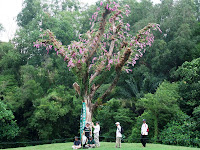 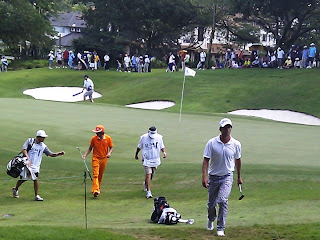 This match between Australian Adam Scott and Rickie Fowler (USA) has a lot of fans following them. It must be the flamboyant dressing of Rickie. 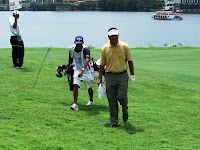 Mamat from Singapore had his ball on the rough at a Par 5 but he managed to bring it out for a good 3rd shot. Tim Clark was here also. 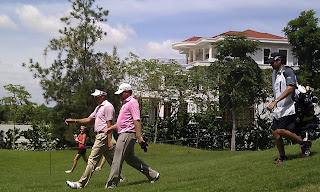 Robert Allenby & JB Holmes after a tee off. 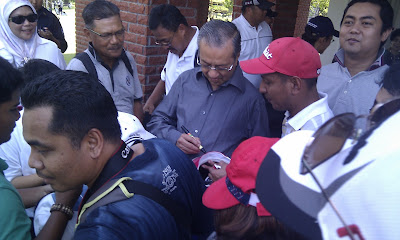 There was another attraction near Hole No.8 at Tun Dr. Mahathir’s house, we took photo with him and requested for his autograph. He was very sporting and entertaining almost every one of us except no lunch from him…hahahaha. 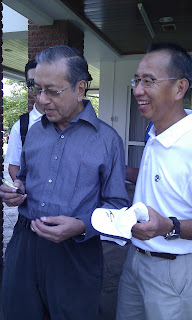 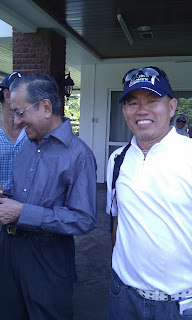 Thanks Tun Dr.M for another memorable day. 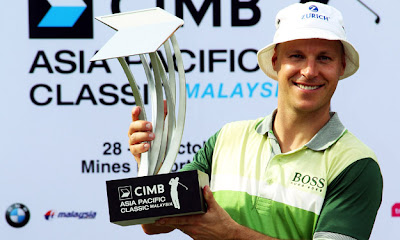 Ben Crane eventually won the competition with US$1 million in his pocket.
Posted by Tailim at Sunday, October 31, 2010 2 comments: Links to this post 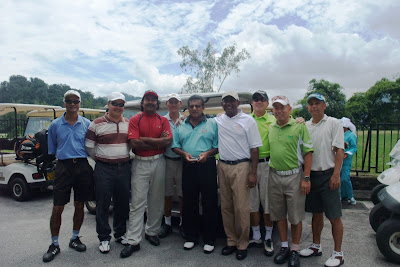 One for the album before we start to play. 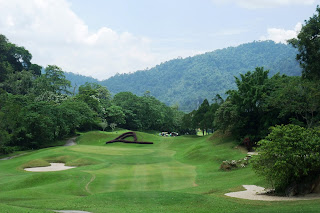 A beautiful golf course at the fringe of Kuala Lumpur. 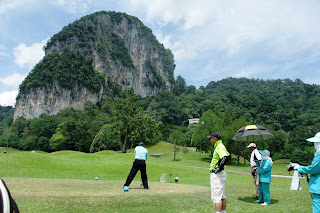 Some of the actions from our flight, Dato Dr. Mano, SK Samy, Norman Teoh & myself. 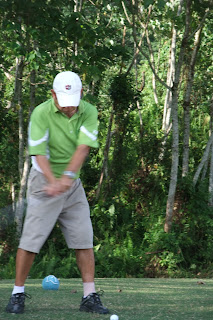 And these were the winners of the Competition. The scores were not so impressive, mostly playing above their handicaps. Blame it on the hot weather. 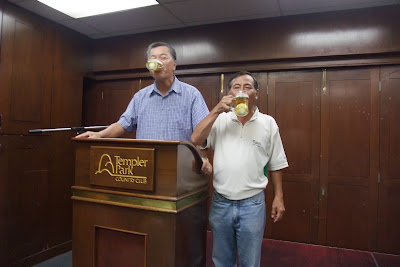 The Wooden Spoonists of the Competition, Cheam & Vincent Heng. 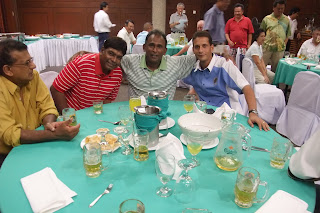 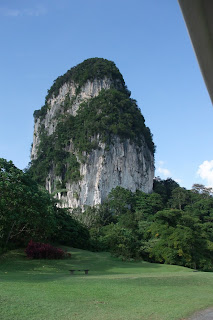 The Icon of Temple Park Golf & Country Club.
For RM100.00 per member, you get a simple lunch, green fee, buggy, caddy, wonder dinner, beer & good whisky. Where can you find such a deal in town? 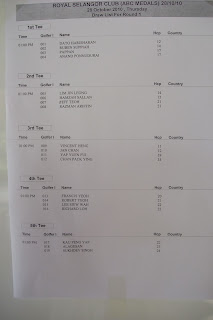 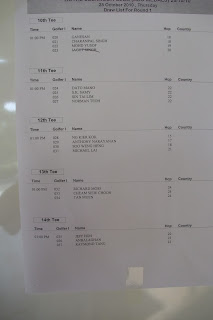 These were the members who participated in this Competition.
Last year's competition was held in Kelab Rahman Putra Malaysia, see here.
See You Again Next Year.
Posted by Tailim at Saturday, October 30, 2010 No comments: Links to this post

Looking for something here

sUbJeCts I Poke most.... 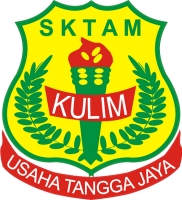 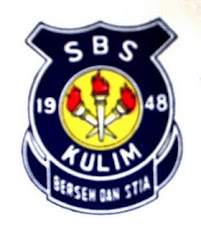 Original Badge - we wore this @ school

the place where I was born 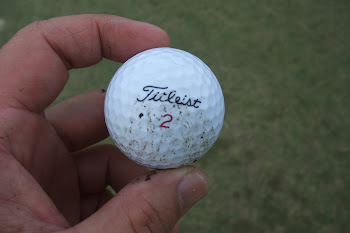 The contents found here in this blog are solely based on my personal opinion and could be different from others.